When Sanjay Dutt's fault lines are laid bare - The Hindu

Drugs, booze and women - Hirani doesn't hide the fault lines in Dutt's life. He swings between a sense of waste and pity (not sympathy mind you) for his addictions to an awkward indulgence when it comes to his candidness about the number of women in his life (350, not counting the prostitutes). However, it's never ever Dutt's mistake - it's either a drug dealer in garb of a friend (Jim Sarbh with a bad lisp) or the legacy of a great father that he can't live up to. Dutt is never made to own up for any of his omissions, transgressions, bad choices, sheer foolhardiness and idiocy. Ultimately, the film is not as much about the flaws in the hero as about him being wronged by the media which is yet a convenient villain - Namrata Joshi 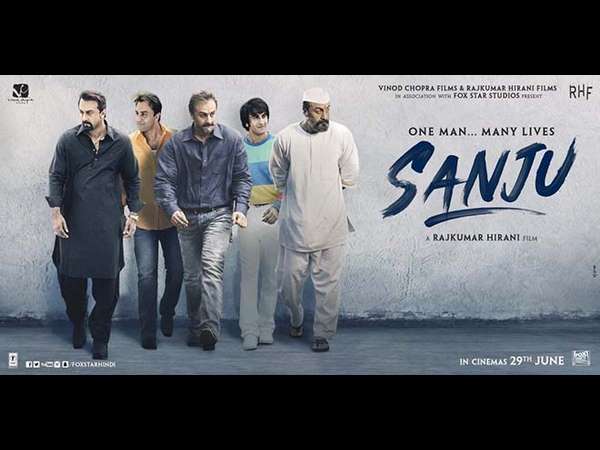 Ranbir tries his best to add profundity to the proceedings, but the simple-linear narrative doesn't give him the wings to fly. Among others, it's Manisha Koirala who impresses as Nargis Dutt. Vicky Kaushal begins well but finds it difficult to remain the same guy as the film nears climax. A little spoiler here, but when he cries against a wall later in the film, he appears to be overdoing it. An extra dash of drama spoils the effect - Rohit Vats. 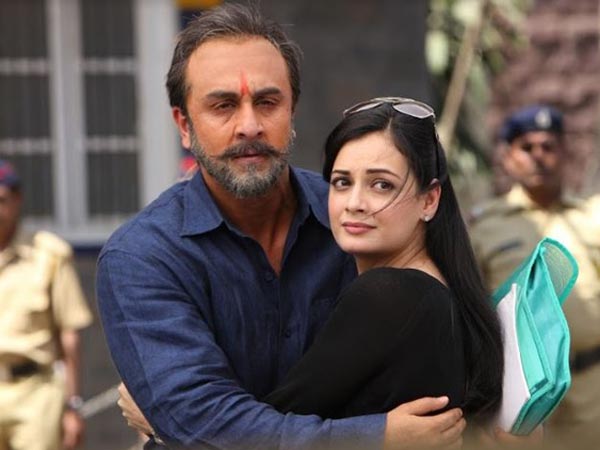 While the degree of Dutt's culpability remains debatable, choosing a side is fully the film's and the filmmaker's prerogative. Through Hirani and Abhijat Joshi's astute writing, Kapoor builds up the Dutt persona beautifully in the first half, smartly choosing to pick up some of Dutt's signature moves and mixing it up with his own delivery. The pressure to be good, to be a star, to be in top-is all there up until the interval. But then the film turns far too kind towards its bad boy, and starts making excuses for his irresponsible behavior, nudging us to feel sorry for him. That may have been the intention, but Sanju becomes less interesting from that point on - Shubhra Gupta

Ranbir Kapoor is just as good as his reputation. To state that he's an incredible actor who fills Sanjay Dutt's role with gravitas and spunk is stating the obvious. That's expected from a talented actor like Ranbir. But what he does best in Sanju, is that he delivers the central character's swag and nonchalance in the most effortless manner. Whether he's dancing like a hysterical man, with bloodshot eyes under the influence of drugs or he's the broken, emotional wreck just staring blank, Ranbir portrays a variety of emotions and grey shades with flair. He's the heart and soul of this film. One of the finest performances in the film comes from Vicky Kaushal - Rachit Gupta